Previously I have written about groundwater impact assessments contaminated land and discussed how humans have created contamination that occurs in the past, present and future. 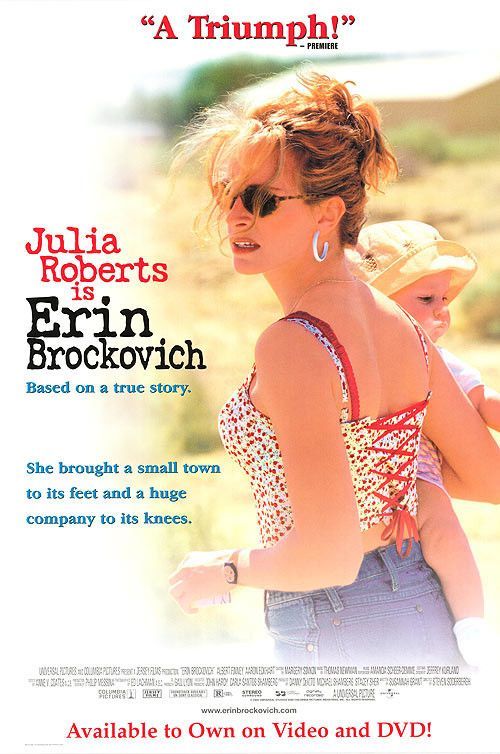 The first movie Erin Brockovich is a 2000 American biographical legal drama that has been nominated for and won several awards. The film is a dramatisation of the true story of the protagonist, you guessed it, Erin Brockovich.

Erin started working for Ed Masry her lawyer under comical conditions. She was given files for a real estate case where Pacific Gas and Electric Company (PG&E) was offering to purchase the home of Donna Jensen, a resident of Hinkley, California.

Erin was surprised to see medical records in a file related to real estate and started her own investigation into the case. Erin found that the groundwater was seriously contaminated with carcinogenic hexavalent chromium (or chromium 6) due to PG&E who dumped 1400 litres of hexavalent chromium tainted wastewater into unlined dames around the town, between 1955 and 1962. The hexavalent chromium was used in their compressor station for natural gas because it is a cheap and efficient rust suppressor.

Chromium 6 moves into the town’s water

What are the effects of Hexavalent chromium?

Hexavalent chromium (Cr+6) is very toxic. The chemical is used in a number of industrial processes and in leather tanning, chromium plating, coloured glass making, paint pigments and inks that colour plastics and fabrics and serve as corrosion-resistant coatings. It is hazardous when inhaled, ingested, or touched.

Repeated exposure to hexavalent chromium can cause a number of respiratory conditions, including asthma, bronchitis, itching, physical trauma to the respiratory tract, and lung cancer.

The levels of Chromium 6 in Hinkley

The average hexavalent chromium levels in Hinkley were recorded as 1.19 parts-per-billion (ppb), with an estimated peak of 20 ppb. Based on the PG&E Background Study, the PG&E Topock Compressor Station averaged 7.8 ppb and peaked at 31.8 ppb. To put in perspective how high this was the proposed California health goal for hexavalent chromium was 0.02 ppb in 2011.

PG&E hid the crisis and misled the community on the effects of that specific type of chromium and its possible connection to health problems, high levels of cancer and even deaths in the town.
The battle of the polluted water

At the time it was settled, the Hinkley case was the largest payout ever awarded for a direct-action lawsuit. Environmental advocates lauded the decision. And of course, the story became an Oscar-winning movie starring Julia Roberts.

The aftermath for Hinkley Valley

The remediation efforts by PG&E was to build a concrete barrier about 0.8 km long to contain the plume, and to pump ethanol into the ground to convert chromium 6 to chromium 3. PG&E also bought most of the homes in Hinkley on contaminated land and bulldozed them to avoid squatters, causing a major ghost town effect.

In 2012 the town of Hinkley recruited a world-renowned Geological Survey hydrologist John Izbicki to help put a definitive number on the baseline for what Chronium 6 levels should be in the Hinkley Valley. It was estimated this bench line would be reached around 2020. 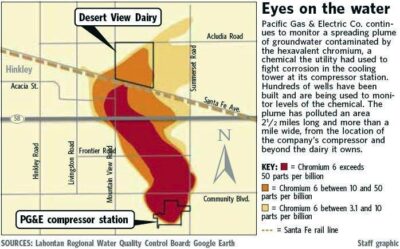 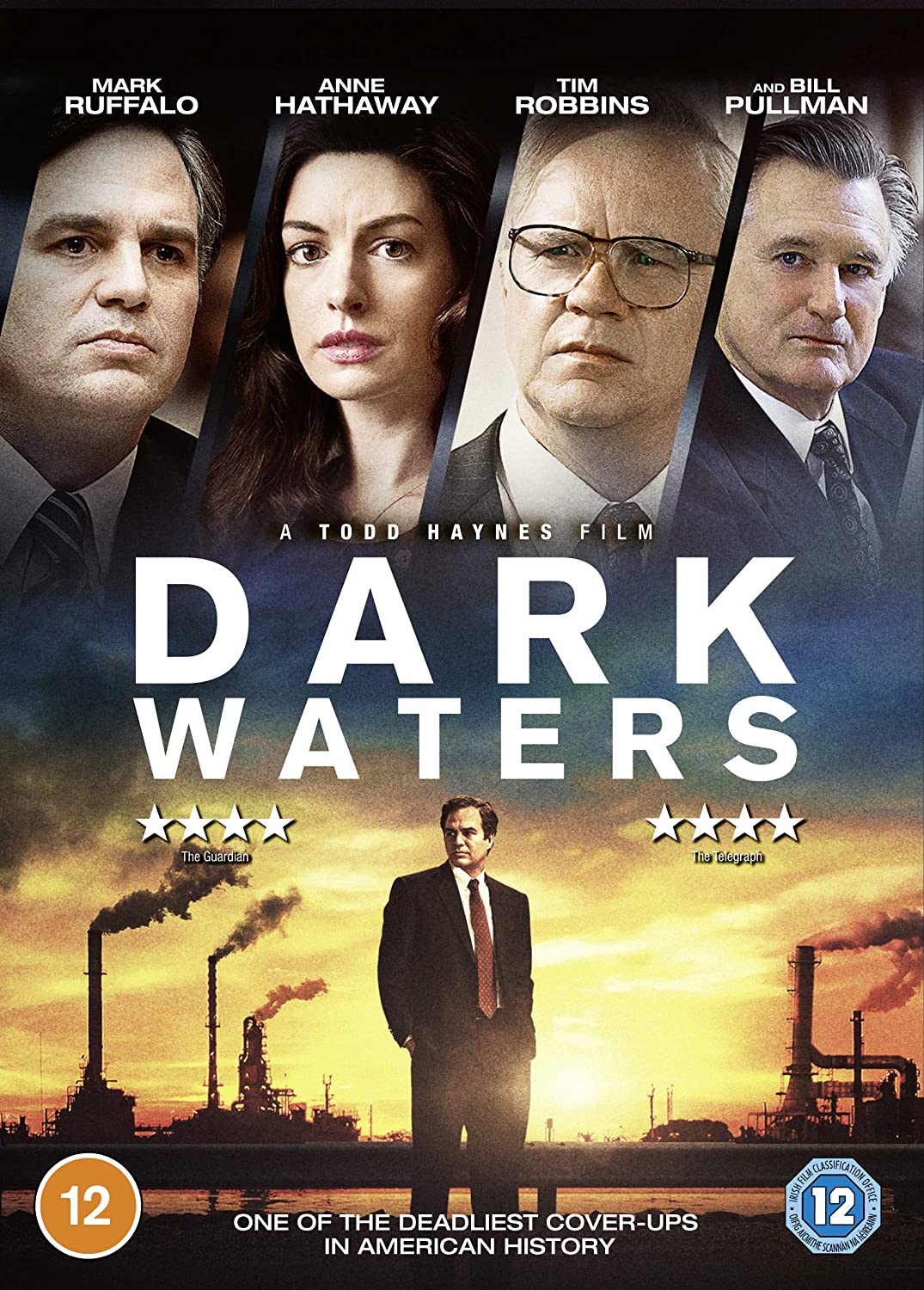 The second movie is also a legal drama, Dark Waters, a 2019 film based on true events of a chemical manufacturing corporation named DuPont that contaminated the environment with chemical waste. Numerous articles and books have been published on this story which is based on Robert Bilott’s lawsuit against DuPont.

The case study of The DuPont chemical plant in West Virginia

The film starts with farmer Wilbur Tennant, whose land has been contaminated by the chemical giant DuPont. Wilbur drops off a box of videotapes connected to unexplained animal deaths in Parkersburg, West Virginia. Lawyer Robert learns that 190 cows have died of unusual medical conditions such as bloated organs, black teeth, and tumours. Based on this he decides to file a small suit to gain information, however, it didn’t stay small for long. DuPont sends hundreds and hundreds of boxes filled with (mostly) irrelevant information hoping Robert would not find anything in between the noise.

What is PFOA? Perfluorooctanoic acid

During the reading, Robert found numerous references to PFOA (or C8). At the time PFOA, a chemical with little to no references in a medical textbook was so unknown that it wasn’t even listed in the EPA list of regulated chemicals. After a lot of research on the chemical, he found that it is perfluorooctanoic acid, a man-made toxic chemical, that is used in the manufacturing of Teflon and other non-stick cookware and fabrics. Teflon is used for many things from clothing, nail polish to cooking and firefighting foams.

PFOA: where can it be found and what are the health effects

PFOA is today known as a forever chemical meaning it never leaves the bloodstream and is now linked to major health issues like thyroid disease, high cholesterol, pre-eclampsia, and ulcerative colitis.

DuPont allegedly knew this chemical may have been dangerous for decades and allowed it to contaminate thousands of people’s drinking water anyway.

The EPA fined DuPont $16.5 million and Robert also decided to take each of the 3500 defendant’s cases to court. Thousands of people living near the chemical plant had been drinking the contaminated water and many of the plaintiffs had contracted serious diseases including kidney and testicular cancer.

He won the first three cases with multimillion-dollar settlements, and thereafter DuPont decided to settle the remaining defendant’s cases for $671 million.

The remediation of the contamination comprised of a programme that monitored the natural attenuation in conjunction with the continued control, capture, and treatment of contaminated groundwater. The clean-up of this contamination is still ongoing.

What can we learn about water contamination?

The one thing that shocked me the most about both these cases is fact that both the companies knew about the health impact the various contaminants have and both took the route of covering it up instead of developing their practices to become sustainable. In the long run, this was the worst decision these companies could ever have made.

If your land possesses a risk for contamination that could affect groundwater GEOSS can assist.

GEOSS has been involved with a wide range of Earth Science disciplines since 2001. Through ongoing development, training, and the employment of relevant expertise in contaminated land, GEOSS has established its Impact Assessment and Contamination (IAC) Business Unit.

It has been a pleasure working with Geoss. We hope to work together again on future projects.